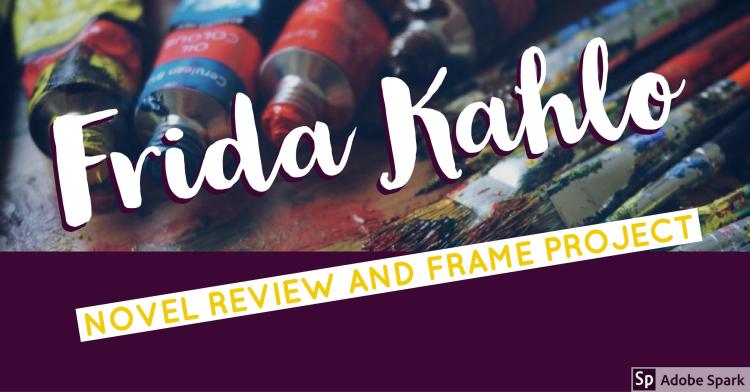 I chose Frida Kahlo to start the year with my Spanish V class.  This book by Kristy Placido is excellent.  I had a pretty good background about Frida Kahlo and Diego Rivera, but I really did not realize how crazy her life was until I read this book.  As I stated in my previous post, I tried to alternate using whole class reading, reading guides for individuals and a PearDeck while we were reading.  Many times, I would also use whiteboards as we were talking about a chapter as well.  Also, I used Kara Jacob’s songs and ideas from Sharon Birch.  (I am not sure HOW I missed these amazing resources for Arianne, but I am adding this to my list of resources for next year.)  Here are some of my resources that I also used:

Finally, at the end, I did a variation of the selfies project that Kristy did.  Our school just built a new MakerSpace/Fab Lab in their building that we call the BITLab.  Our BITLab teacher is AMAZING!  He obviously knows how laser cutters, 3-d printers etc work, but he is also an artist.  I showed him the Frida project, and he said that students could create their own frames on the laser cutter for a selfie!  Their frames would represent certain aspects of their lives that they wanted to highlight just as Frida represented her life in her self-portraits.

To make the frames, students created them on Google Drawings.  They changed the size to 8×10 or 10×8.  Then, they would drag in PNG images that didn’t have any backgrounds from Google Images.  They would make sure to convert this to black and white, and they would also play with the greyscale to create more contrast.  Then, students would add a square or different shape to the center.  This was where their picture would go.  Many students did a generic square shape because they wanted to use their frames later and not just have a picture of themselves.  They turned out amazing!  Here are some pictures: 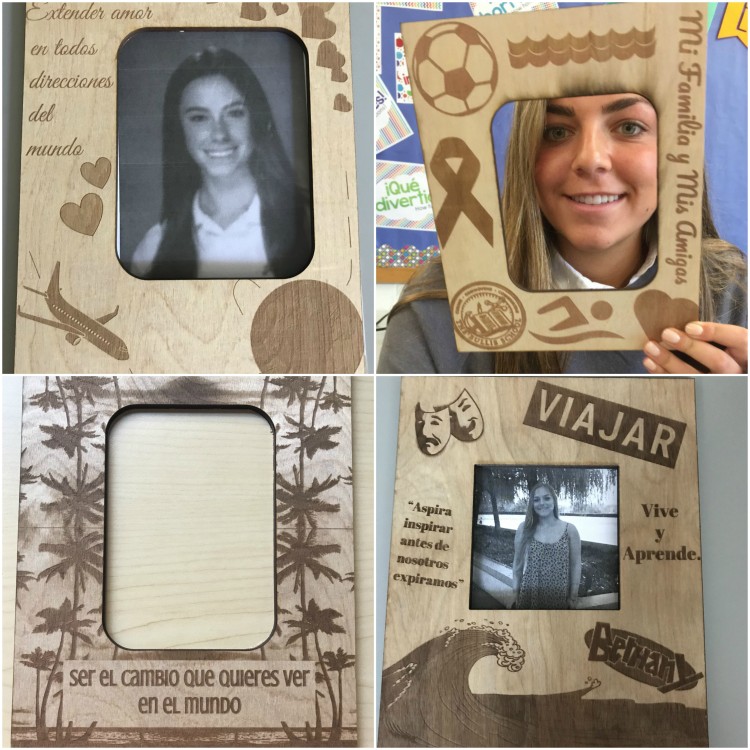 Don’t they look amazing??  I loved them!  Then, in class, students presented why they included each item.  After that, each student asks a follow-up question.  This keeps students engaged and makes the language more spontaneous instead of planned.  Also, even though I have taught some of my students for years, I learned even more information about them.